Jump to contentJump to search

Research and courses of our department deal with the process of Japanese modernisation from the middle of the 19th century to the present. We combine cultural and sociological approaches to conduct research in fields like inter- and transculturality, gender studies, economic structures, consumerism, social politics, gerontology and popular culture. Modern Japanese popcultural media like Manga and Anime, which have caused an international Japan boom, motivate many of our students to deeply engage with Japanese language and culture.

Our courses offer varied access to Japanese culture and society by employing a multitude of scientific disciplinies such as sociology, cultural and sociological anthropology and modern culture studies (gender studies, post-colonial studies, diaspora studies as well as research into modern media and popular culture).

Our team consists of four tenured professors and one DFG funded position. This makes us one of the largest German-speaking Japanese studies department. 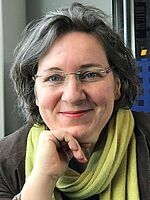 The Chair of Modern Japanese Studies I is affiliated with The Women's & Gender Research Network NRW (North Rhine-Westphalia) and combines research and teaching in cultural studies and gender studies. Historical studies of culture, media and gender as well as contemporary issues in sexualities and popular culture provide innovative avenues to understanding Japan’s cultural, societal and socio-economic development and interdependencies as well as its role in Asia and the world. The following thematic clusters envelop the main foci in our research and teaching: 20th century print media, photography and the modernisation of vision; visual propaganda in World War II; (popular) culture and gender; global circulations: anime and manga; sexual minorities in Japan/Asia. 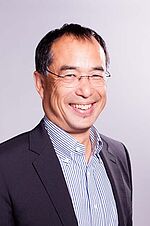 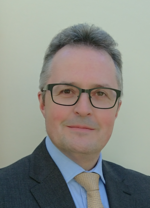 A particular focus lies on the Japanese employment and human resource management system, on Japanese and comparative social policies and their discourses, as well as on the social construction and business practises of traditional Japanese markets. While investigating these topics, the role and influence of demographic change, i.e. the decline and ageing of Japanese society, receives particular attention. Another area of interest is intercultural communication in Japanese business negotiations. 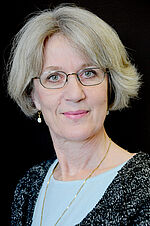 The professorship Modern Japanese Studies encompasses teaching and research work on modern and contemporary Japan, using both cultural and sociological approaches. The extreme demographic developments and the polarisation of Japanese society through processes of deregulation and globalisation is a focus of the professorship. Another focus is gender analysis of media discourses as constructions of masculinity and femininity in pop-cultural products. A third topic of interest is the question of how deeply gender is embedded in political measures taken in the areas of welfare, labour, and family structure. 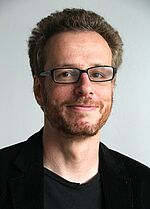 Apl. Prof. Dr. Christian Tagsold has earned a Heisenberg Position of the Deutsche Forschungsgemeinschaft (DFG) under which he will conduct three subprojects over the span of five years. All projects focus on the question of how Japan constructs its own identity through cultural translation processes in exchange with the West.

The project Protection of Historical Buildings of Classical Modernity in Japan takes a look at how buildings from the 1920s onwards have been recently put under preservation orders, and how different architectural styles are redefined as expressions of Japaneseness within this process.

The project The Idea of Japanese Closeness to Nature in Cultural Discourses of the Meiji and Taishō Eras analyses the supposed existence of a special kind of harmonious love towards nature in Japan, which is allegedly reflected in refined aesthetics.

Finally, the project The Japanese Diaspora Network in Europe After Brexit deals with the consequences of Great Britain's retreat from the EU for Japanese residents living in London, as well as for other diasporas like in Paris and Düsseldorf.

You can find a more comprehensive description of the projects here.